It’s good to be back in India, our motherland! Traveling and staying overseas makes you appreciate what you have back home. Our wanderlust took us to Aurangabad, a city hailed by history lovers for the many monuments, and by mystery lovers for the world famous Ajanta and Ellora caves. The most beautiful quality of this sacrosanct place is that it is the exemplification of religious harmony, with art and architectural illustrations from Hinduism, Buddhism, Islam and Jainism. 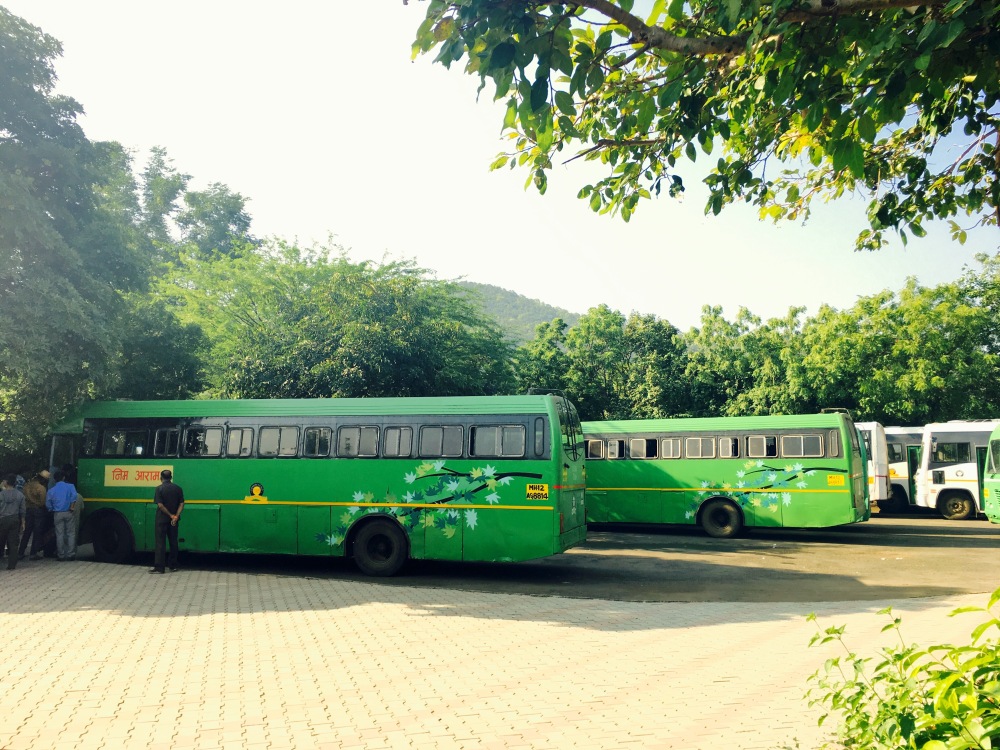 The beauty of traveling in India is the unpredictability of the journey itself. Long, winding roads through obscure villages in Maharashtra, sampling their local food, meeting the native people and conversing in their local Marathi dialects. October to December is the best time to visit this Deccan city since the rest of the year is simply too hot to explore!

The Ajanta and Ellora caves were long on our bucket list. They are World Heritage Sites dating back to 2 centuries Before Christ. I could not begin to imagine it’s brilliance until we reached there. Needless to say we were speechless ; stunned further by the creativity of people in an era where there was no technology! Amazing feats of architecture are reflected in the caves and their Sculptures.

Intricately designed pillars and detailed carvings ornament the caves along with stunning paintings. These caves were sanctuaries for Buddhist monks who medicated here, during which time they painted the life and teachings of Buddha. 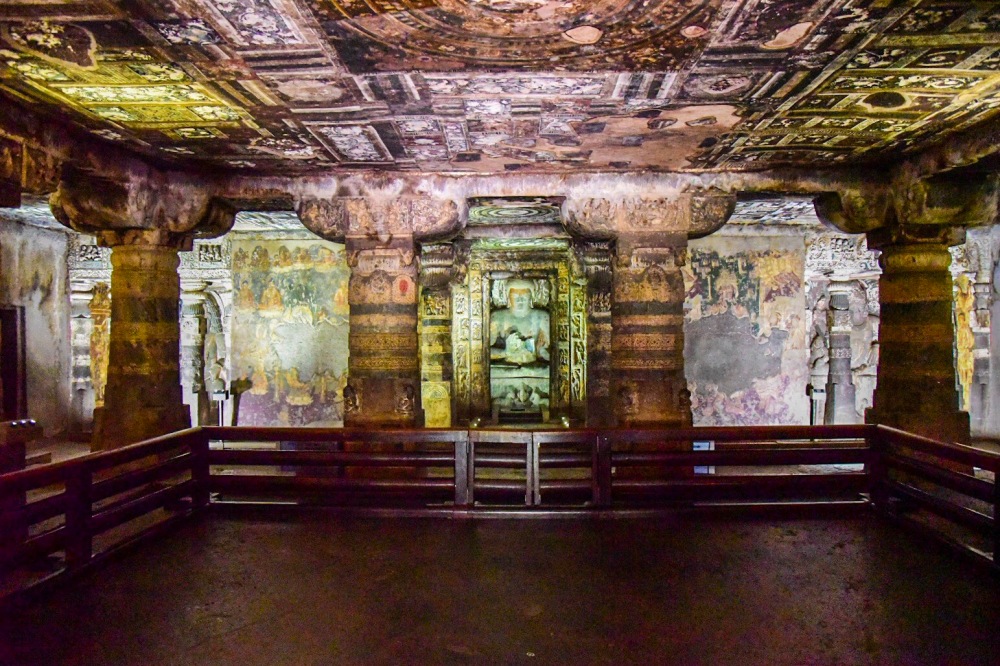 The caves were rediscovered by John Smith 600 years after they were buried under dense jungle. Today, terraced pathways connect the 29 caves, each of them independently accessible. It was an amazing experience ascending and descending the unbalanced terrain, as our eyes feasted on the structural marvels of the yesteryears.

The Ellora caves were just as delightful of not better. It has the largest rock – hewn temple which means an entire temple made out of a single monolithic rock. Wow!!! It is unimaginable when you see it. The sheer size makes you wonder what inspired people of those times to create such mammoth forms that enkindle nothing less than awe. 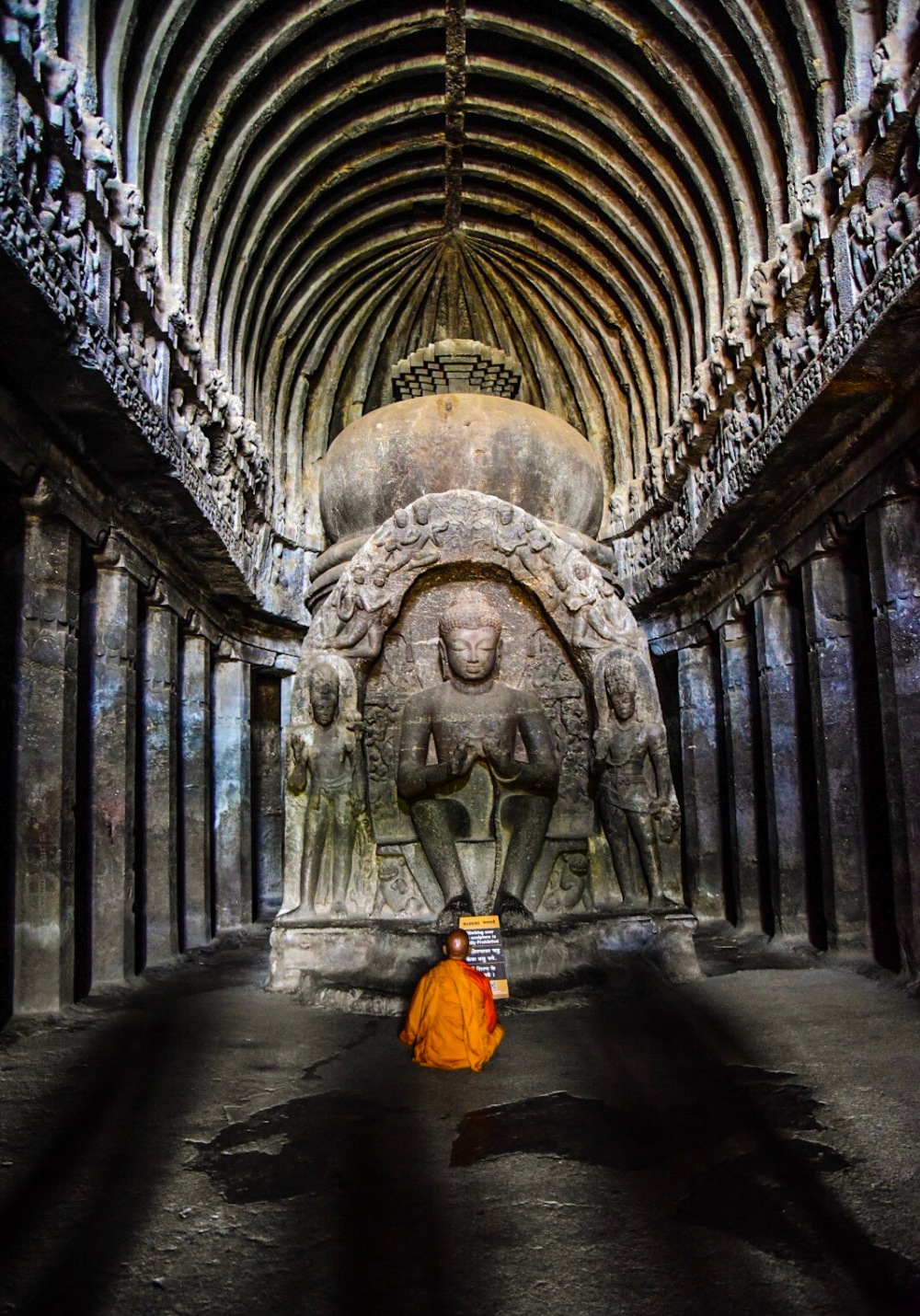 Ellora brings to life an entire civilization of ancient India. A real exploit of engineering and a true symbol of religious productivity, the sanctity of this place is still in tact. A strange calm came over us as we took meditative walks across the caves. 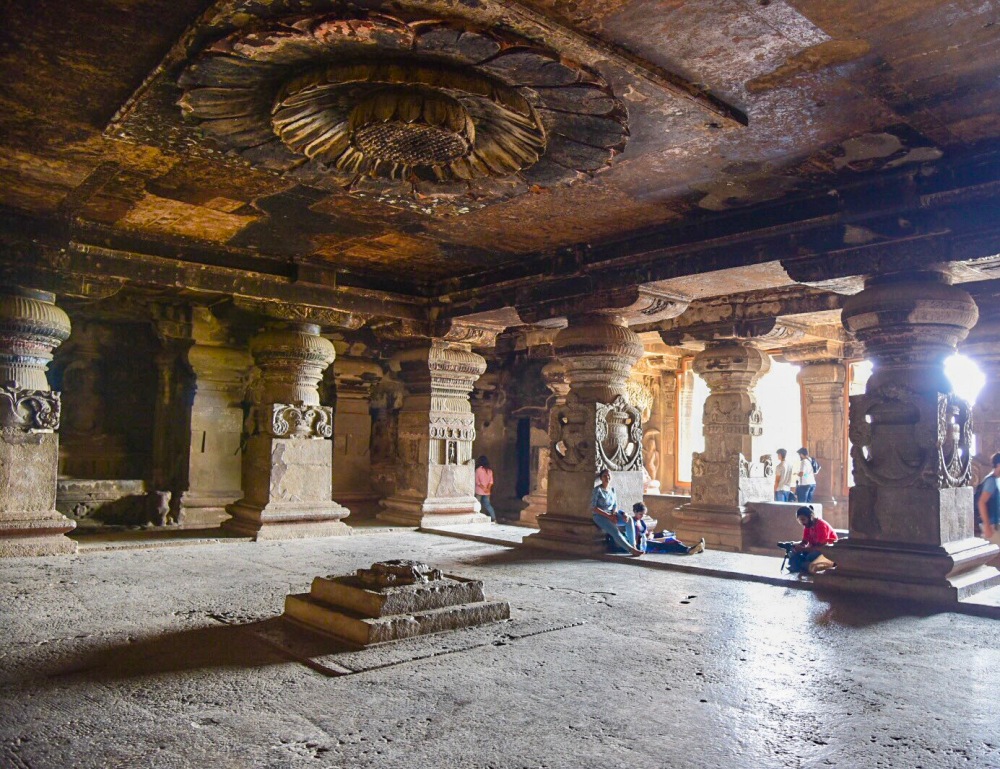 Middle of the afternoon, after a lesson in historical art and design , we just spent an hour soaking in the place, resting, feeling the real charm of this world wonder. Worthy of everything it has been ever been described as, we let the magic of the place play on our senses and recreate those very scenes that we had heard and read about. 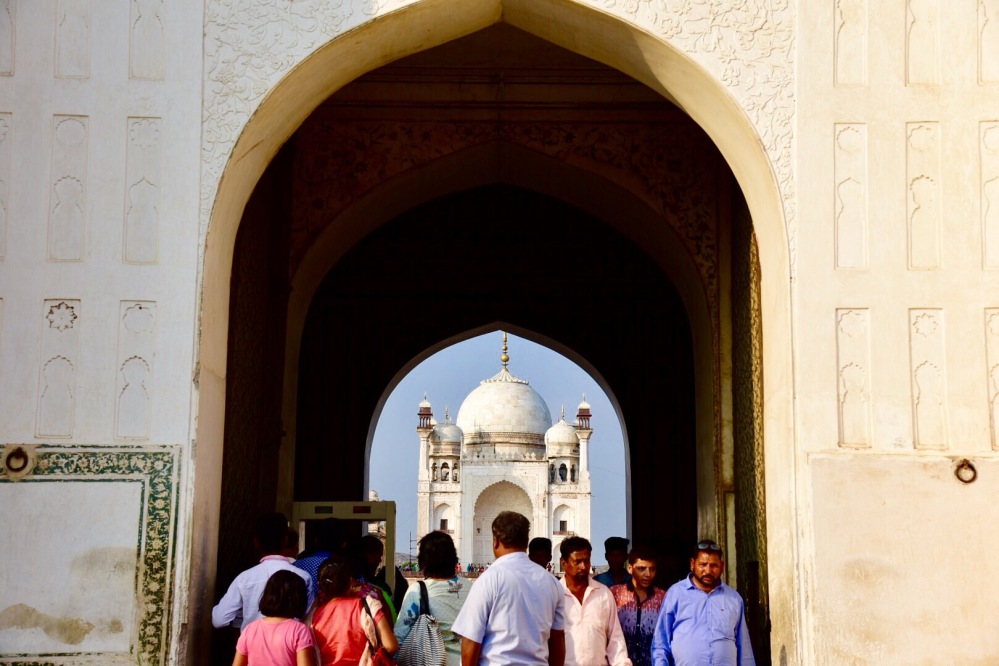 No tourist leaves Aurangabad without seeing Bibi Ka Makbara, which is the tomb of the last Moghul emperor Aurangzebs Wife’s, built by his son Azam Shah, as a copy of the great Taj Mahal. Although it was completed as a poorly imitated one, it is charming in its own ways. The architecture mimics the Moghul style and so do the sprawling gardens.

Long minarets pierce through the skies and broad alleys wrap around the moderately large mausoleum . Here is a scene of the sun setting over the tomb while is partly  made of marble and partly plastered. The dome of the tomb has beautiful trellis work that made for this artistic picture. 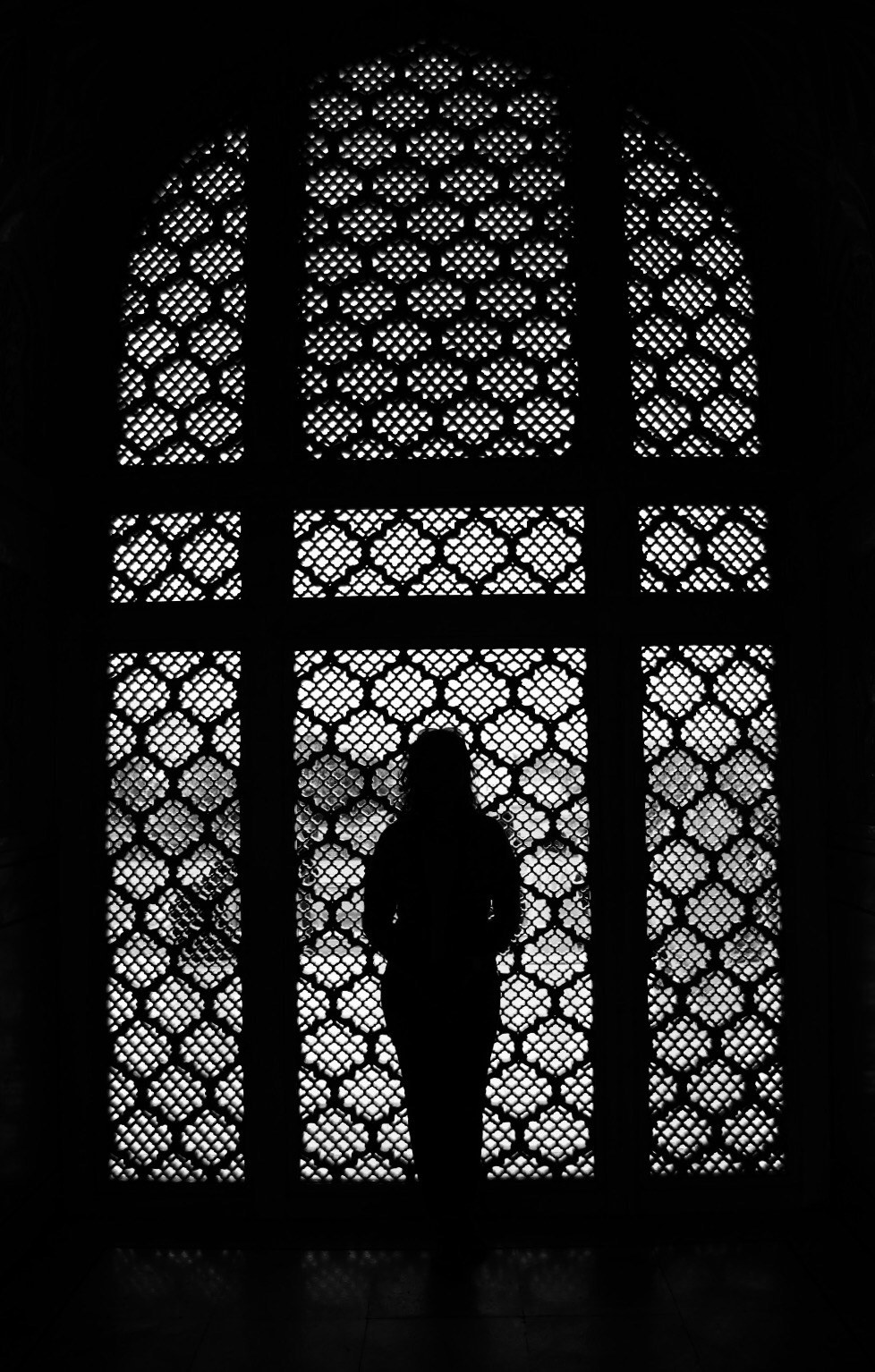 Ingenious brass work adorned the doors of the monument. We only wished that more art lovers would contribute to preserve these gifts from history!

With this it was a wrap up of our amazing trip which had taken us time traveling into the past. We have to make a quick mention of some of the amazing food we tried in this city, mostly zomato recommended, and worth every bite!

So If you’re vacation mood is one of seeing sights you’ve never imagined, thinking thoughts that never crossed your mind or feeling overwhelmed by history’s mysteries, book your bus to Aurangabad!

Annika is a Retail Consultant by profession, who loves learning new stuff, travelling to new places and experiencing new things. She is a culture vulture who believes in doing everything that brings and bears happiness. View all posts by Annika